There is little doubt that the majority of Iranian people are unhappy with the dire social, political and economic situation inside Iran. Iranian are tired of the political restrictions, sanctions, and its economic fallout. They certainly do not want their country to remain in isolation or in constant propaganda war with the West. But even though they have a lot of grievances with the status quo, would the Iranian people embrace change by outside influence? Would they allow the western world (U.S. in particular) to be the instigator of change?

I find myself asking these questions after listening to the engaging
discussion that took place on Roqe, Episode #59.

On this episode, acclaimed author and academic, Dr. Mehrzad
Boroujerdi, and broadcaster and political analyst, Reza Goharzad
joined Jian in an informative chat amidst the confusing aftermath of the U.S. election. What I learned from their conversation was that, regardless of what Iranians inside Iran may want, the Iranian-American community is just as polarized as the rest of the American population about a prescription for change – a point that was made repeatedly on the show. 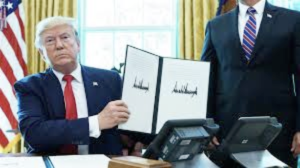 It may surprise some non-Iranians – given the Travel Ban, the
rhetoric, and bluster we have heard from the current administration –
that there is a healthy

contingent of Iranian-Americans who praise the current President, Donald Trump, for his hard-line stance against the Iranian regime. What is also true, is that a majority of others support Biden because they believe, for example, that the sanctions imposed by Trump only hurt the ordinary citizens of Iran and further entrench the regime.

Evidently, the US sanctions have had a deleterious effect on the Iran-
ian economy and have contributed to the sharp currency devaluation and high inflation. Iran has recently experienced record-breaking un- employment rates, as well as shortages of food and basic staples. This dire situation has only seemingly entrenched the polarization of the Iranian community.

Again, some Iranians believe that another four years with Trump in the White House would mean the continuation of his “maximum pressure” policy, which could further damage Iran’s economy and stop the country from exporting its crude oil. And of course all of this only hurts the Iranian middle-class and strengthens the hardliners.

For these folks, Biden’s election is a relief as they hope his presiden-
cy might avert the risks of a U.S.- Iran conflict, partially ease the sanctions, and improve the living condition of ordinary Iranians. This group even hopes for a renegotiation of the nuclear deal (JCPOA) and the possibility of future deals to boost Iran’s economy.

Some Iranian-American Trump supporters on the other hand, would like to see even more sanctions and pressure imposed on Iran. Their ratio-nale is that Trump’s strict policies push Iran into a deeper recession. 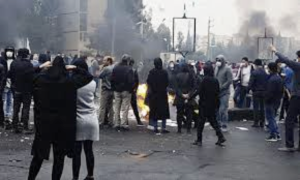 They believe that as the regime is economically suffocated, it will
project the pressure onto its own people for survival. An example of
this was when the Iranian government lifted the gasoline subsidies,
which lead to nation-wide protests in November of last year in Iran.

Trump supporters believe that these sporadic protests could poten-
tially lead to a nationwide uprising and that drastic measures from outside are the only way to achieve change inside Iran. 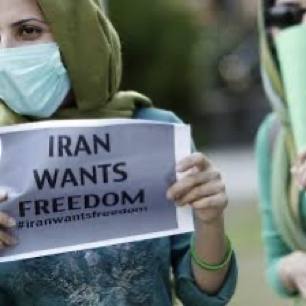 Having listened to both sides of the argument, I still cannot help but
wonder if the notion of a U.S.-influenced change is nothing but sheer fantasy. It is important to remember that Iran and U.S. have a long and complicated history, going back to the 1953 coup and later the 1979-1981 hostage crisis. Indeed, maybe Iranian politics is more complex than American policymakers fathom. And even though Iranians are hungry for more social and economic freedom than their leaders permit, they are nationalistic people and can clearly see evidence all around them that foreign-instigated change can come with catastrophic results.

And this brings me to my questions:

a) Do you believe that the Iranian people will ultimately be the win-
ners if there is a foreign-instigated regime change, especially if the U.S. is the main actor in making the change?;

b) Will the essence of U.S. foreign policy be any different with a new
administration, or is it more of a change in optics but pretty much be
the same old, same old?

Feel free to leave your thoughts and comments below…